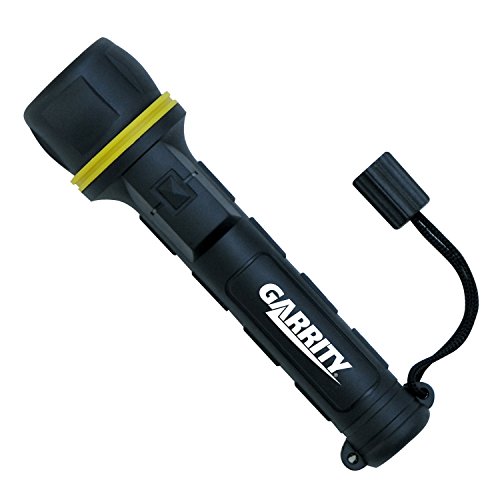 Garrity Flashlight review reveals exclusive insights into the leading and one of the most widely used flashlights in the United States. Built to be durable and bright, the Garrity Flashlight is one of the few flashlights that is made of rubber, however, this is not affecting the quality of this amazing torchlight instead it puts it on a class of its own, with few dying to meet it.

Humans’ need for light can only be outmatched by our need for food. Since the sun doesn’t shine all the time, we have come to rely on artificial light for our survival. Garrity Flashlight, a leading flashlight company understood this need.

Garrity Flashlights began as a family business committed to developing products that would shape the portable lighting industry. Their cornerstone product line included the immensely popular Firefighter’s Choice LifeLite.  The manufacturer of the Garrity Flashlight series has prided itself on performance and innovation with a renewed commitment to the loyalty to customers as a core mandate.

Carrying on that legacy, the company has built on the foundation laid by Garrity, the founder with a continued focus on innovation, value, and quality. Garrity Flashlights tirelessly pursues these goals with updates to include the latest technology, improved performance, and great new products.

It was designed by one of the most powerful flashlight companies who has been producing wonderful flashlight for some time now. They have so many amazing flashlights like the Power lite and Touch’ N lite and much more. Want to know more about this awesome flashlight? let’s investigate the Garrity Flashlight review.

Designed for any weather, the Garrity Flashlight is waterproof, so you don’t have to bother using it in the rain. Built for longevity; it is made with rubber, so you don’t have to worry about corrosion. With a nonslip grip and lanyard holder which has both an adjustable knob and an easy break-free; the Garrity Flashlight can be easily carried from place to another. The Flashlight is not only about the finesse, but it also has one of the brightest lights that can stretch up to an amazing 21 meters.

It can be used for a long time, and its batteries are very easy to find. This is simplicity meet finesse with an abundance of bright light, the Garrity Flashlight is such a wonderful flashlight with so many amazing features that makes it stand out when compared with other flashlights; Garrity Flashlight has really outdone themselves by producing this masterpiece.

The Garrity Flashlight review shows that it was built to outmatch its competitors, with its amazing bright light. With 55 lumens light intensity, the Flashlight is brighter than an average torch; it can also travel 21 meters distance, covering everything in its path with its bright light, these features make it ideal for traveling long distance because it will bring to light all that is hidden in darkness meters away and very clear too.

You can use it to hunt or take that night walk you love taking. Now you don’t have to worry about walking in the woods at night because this baby will brighten your path.  The flashlight is bright for any nocturnal activity or anything that involves a flashlight.

When replacing the battery, you need to keep this at heart. Always check that the batteries have been installed in the correct direction. Please never be in a hurry not to examine the diagrams around the battery casing or instructions on the packaging for correct directions.

Do ensure you replace all used batteries in a product at the same time, don’t mix old batteries with new ones. Else, it can result in malfunctions and/or battery overheating, which could result in permanent damage to your product.

Have this at the back of your mind, avoid storing batteries in locations that are susceptible to extreme heat or freezing conditions. A study has revealed that this may cause battery leakage, which can damage your portable lighting products.

When you notice a drastic reduction in the brightness of your Garrity Flashlight, it is time to replace them. Change batteries as necessary. Brightness of light from LED will decrease as power from batteries is depleted.

In addition, never attempt to mix battery types, remember that batteries from different companies are made with different formulas and ratios. Mixing them together could result in permanent damage to your portable lighting products.

Do not shine flashlights directly in your eyes or the eyes of others. Be courteous and shine lights away from the eyes. Turn on flashlights when pointed at the ground to judge brightness before shining into small spaces, outdoors, or indoors.

Flashlights and batteries should not be stored in a refrigerator! There is no evidence that storing batteries in a cold environment will make them last longer. It is recommended to store them in a dry environment at room temperature for maximum performance. Storage in the excessive cold can shorten battery life.

Succinctly, when you want to replace the battery, unscrew the head assembly where it has a bulb. Remove one wire at the side of the square battery carefully. Put a new 6 volts square battery and put back the wire. Screw back the head and you are good to use your Garrity Flashlight for any activity.

The Garrity Flashlight review reveals that it is one of the brightest lights ever manufactured. it uses LED bulbs which are brighter than incandescent bulbs and are 70% energy more efficient, they also last longer than the incandescent bulbs.

Though very simple to use, the Garrity Flashlight comes with the light setting; it can be set to be bright that it can brighten your path to a very large distance or not too bright that you can use to search for that button under your bed or to conserve energy.

It also comes with a lanyard holder that allows you hang it around wherever you like which can be released easily and an adjustable knob that makes it easy to adjust the length to whatever height you want, making it easy to take it for long walks.

The Garrity Flashlight is so portable and light that it can fit into your purse or pocket which makes it so easy to take anywhere you want to go, whether you want to go the farm or you want to use it for your home or for an indoor activity, you are always good to go.

Furthermore, the rain can’t prevent you from using the Flashlight because it’s water-resistant with IPX4 standard, so don’t be worried about going into the rain to hunt or use to light your path on your way home on a rainy night, even though it drops into water, you can pick it up, remove its batteries, dry it and use it again, very magnificent right? Not impressed?

Another review revealed that the flashlight provided light for a couple who had issues with power issues; they always had the woods and the Garrity Flashlight covered them in its bright light and always lead them in the darkness, removing the scary feel of the darkness.

The Flashlight Ease Of USe

The Garrity Flashlight reviews explained that its simplicity meets finesse. The beautiful, durable and bright Garrity Flashlight comes easy to use and it is also ergonomic in functions, which makes it easy to comprehend, unlike its competitors that pour so much energy into complexity rather than reliability and quality.

The Garrity Flashlight also has a very wonderful battery life. With 23.5-hour run time, you can use the Garrity Flashlight for a whole day without bothering about its batteries dying or its light becoming dim. Take it to that camping trip and be guaranteed of light when the sun goes down.

It can be used to light up your home when there is a power outage and you won’t have to worry about darkness till the sun comes up. You don’t have to go to Mars to find its batteries, it uses 2 AA batteries, which can be gotten anywhere even under a rock.

The Garrity Flashlight reviews show it comes with a NiMH environmental battery. It was manufactured with numerous features making it an ideal fit for any situation or terrain. You can take to your farm, or to the woods. Use it when you go camping and be sure that it will always guide your way in the dark.

You can also use it to navigate the waters at night, because of its brightness and its size which makes it easy to be used for boating. The woods are not left out, hunting can be made fun with the Garrity Flashlight.

The Garrity LED bright flashlight has a body made up of rubber, with an easy to use lanyard holder that makes it easy to hang wherever you want. It also has an ergonomic shape that means it is very easy to use and stylish too. The lanyard has a break free and an adjustable knob to adjust it to whatever length you want. 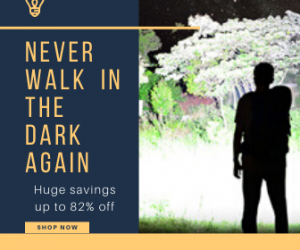 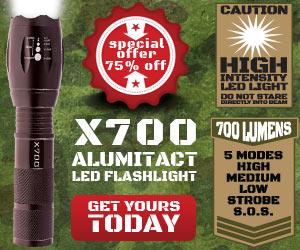